From classroom to boardroom 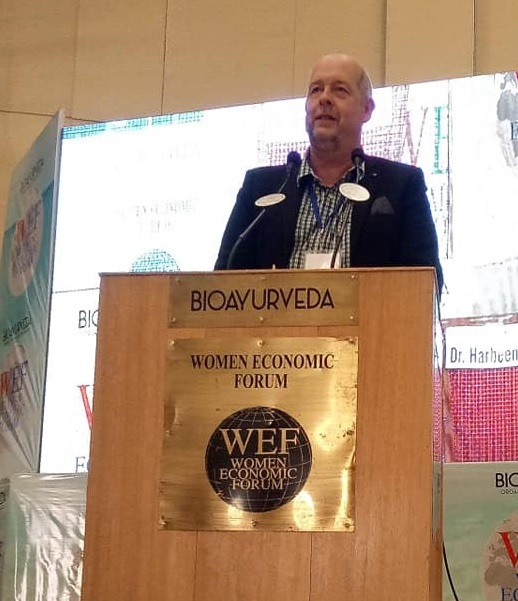 “Classroom to boardroom” is how multi award-winning international speaker Roger Cheetham describes the audiences he has spoken before. He has spoken in many classrooms and assemblies, as well as for a number of networking events, up and down the UK and internationally.

Roger’s adaptability and empathy was demonstrated, when even though he’s a male speaker, he was invited to speak, as an authority, on resilience for the Women Economic Forum AGM in Delhi, India. In Roger’s own words, “As a male speaker, it’s a real honour to be invited to speak for such a prestigious female-led event at all, but when that event takes place half way round the world, it’s even more humbling”. Having delivered his keynote speech at that event, the organisers immediately booked him to do so again at their London event, which he did, just days after returning from speaking in Paris.

Closer to home, Roger’s audiences have included him speaking at The House of Lords, 5 national locations of “The Evolve Network” (formerly “The Elite Network”), numerous classrooms, school assemblies and he’s shared the stage with Marie Diamond of “The Secret” on more than one occasion, as well as J P De Villiers and various faces from TV.

To find out more email roger@rogercheetham.com

Founder of The Evolve Network, formerly The Elite Network

This website uses cookies to improve your experience while you navigate through the website. Out of these cookies, the cookies that are categorized as necessary are stored on your browser as they are essential for the working of basic functionalities of the website. We also use third-party cookies that help us analyze and understand how you use this website. These cookies will be stored in your browser only with your consent. You also have the option to opt-out of these cookies. But opting out of some of these cookies may have an effect on your browsing experience.
Necessary Always Enabled
Necessary cookies are absolutely essential for the website to function properly. This category only includes cookies that ensures basic functionalities and security features of the website. These cookies do not store any personal information.
Non-necessary
Any cookies that may not be particularly necessary for the website to function and is used specifically to collect user personal data via analytics, ads, other embedded contents are termed as non-necessary cookies. It is mandatory to procure user consent prior to running these cookies on your website.
SAVE & ACCEPT